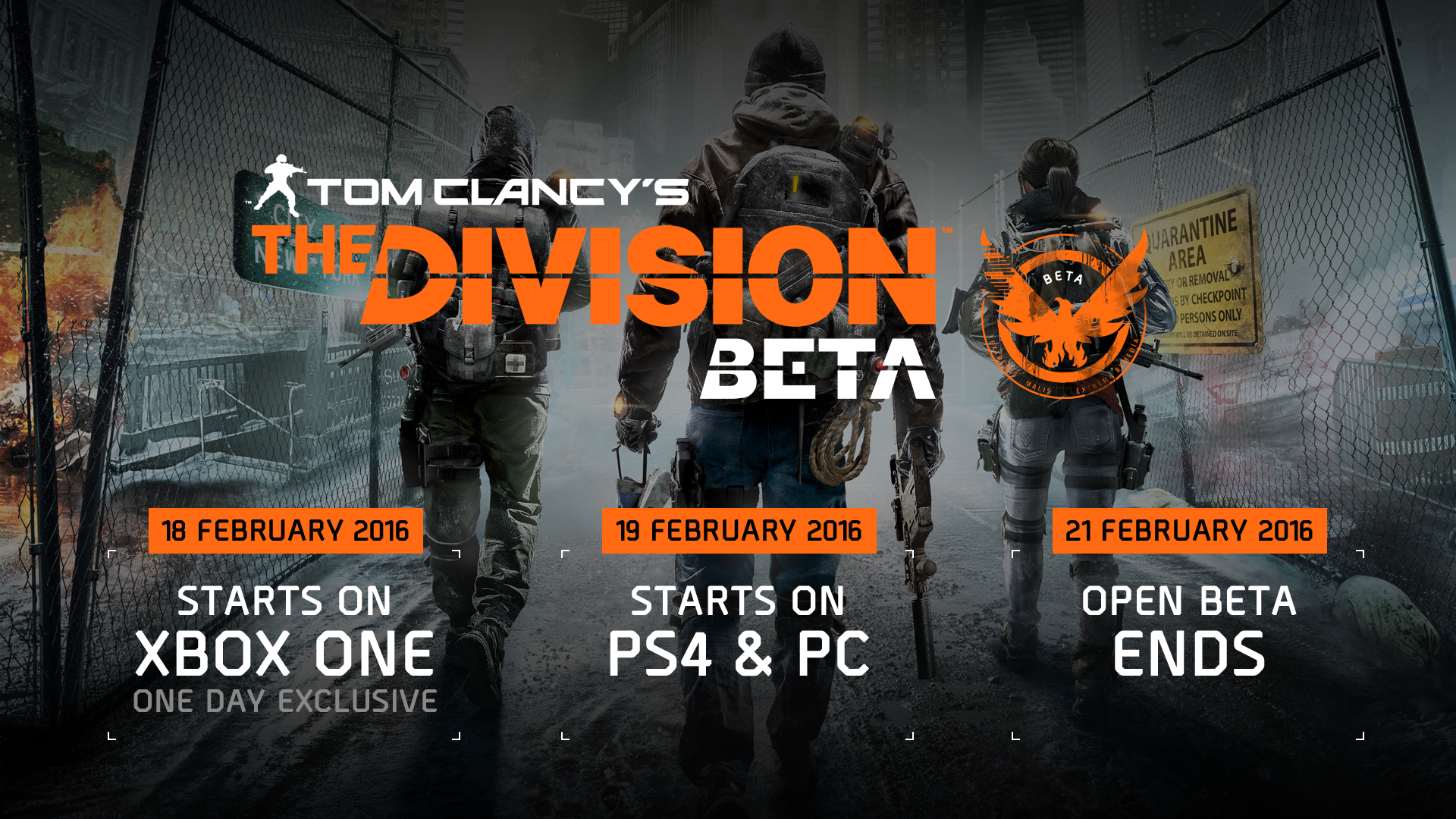 The Division is throwing its doors wide open next week with an open beta that will let everyone explore its devastated New York ahead of the game's launch. Whether you're a veteran of the closed beta or this is your first time stepping into an Agent's shoes, you'll be able to jump into the open beta from February 19-21 on PS4, PC and Xbox One. Also, Xbox One players can get started a day early with exclusive 24-hour early access beginning on February 18, but players on all platforms can preload the beta starting February 16.

Play Coop up to 4 players or enter "Dark Zones" for PVP.

i need some coop buds!

Add Widget Above
About the Weary Warriors

The Weary Warriors Gaming Guild has the single purpose to forge and strengthen camaraderie between a group of mature game hobbyists. The company of good people becomes the best part of all of the games we play. While we strive to excel in the games we play with or against each other, excellence of character will always be more important than gaming skill.